0% No Cost EMI Available with

✔  With three ports, it can charge up to three compatible devices simultaneously

All orders are shipped in 1-3 business days.

Free up space in your bag or backpack by replacing up to three of your current chargers with the original Samsung Power Adapter Trio. It offers a way to fast-charge a wide range of compatible devices at their optimal speeds.

Samsung Trio power adapter, as the name suggests, has three ports, allowing you to charge three devices simultaneously. Two of the ports are USB-C, while the third one is the USB-A port.

Samsung Trio charger of 65W allows most of its power only in the first USB-C port, the second has a maximum of 25W, and the USB-A port has up to 15W. When you charge more than one device simultaneously, the watts amount of each port changes. Using the three inputs at once, you will have 35W, 25W, and 15W output power. 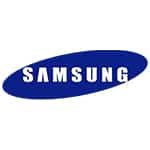 There are no reviews yet.

REASON TO CHOOSE US! Get best offers on every product

Shopy Vision is an Electronics Online Shopping E-commerce Website of Multiple Branded Items from all over the world. Get the 100% Original Products, Best Deals & Offers on Shopy Vision.